What is an Ash Catcher?

Often times you’ll see some kind of contraption attached to the end of the slide on a water pipe and wonder “what the hell is that?”. Don’t worry, I definitely wondered the same thing before I found out what an ash catcher was. Essentially, this is an extra percolation tool that does literally what it says and catches the ash and resin from your slide before it can get jammed into your water reservoir and ultimately the diffusers and percolators further up your water pipe. Ash catchers are also the perfect tool to utilize if you hate the smell and taste of dirty ass water pipe water, I know I do.

Ash catchers are eye-catching and functional, which is why they’re one of our staff’s favorite water pipe accessories! Preventing the dirtying of your water pipes water isn’t just better for the taste of your flower or concentrate, but it simplifies the cleaning process too. To be exact, though, there are actually two types of ash catchers: dry ash catchers and percolator ash catchers, but we’ll get into that below.

What is an Ash Catcher Used For?

An ash catcher, as I previously mentioned, has the job of protecting the water in your water pipe by stopping the resin and ash in a dry manner or through a percolator. An ash catcher is often an ornamental piece, too, so you’ll see as a heady asset on a few rare water pipes.

So to answer this question, an ash catcher is used to prevent resin and ash to get into the water within your water pipe. In this process your water stays cleaner for longer so you’ll have many more clean, pure tokes before you need to switch out the water. This can also help to prevent bacteria build up in the water basin as well as the discoloration of the water.

The Different Types of Ash Catchers

Non-Diffusing Ash Catchers: The most common and basic type of ash catcher is a non-diffusing ashcatcher because it simply stops the flow of ash and resin from hitting your water, but does not offer any other benefits.

Showerhead Ash Catcher: A showerhead ash catcher is simply a percolating and diffusing showerhead percolator within the ash catcher itself so it offers another layer of diffusion before the smoke reaches the depths of your lungs and propels you into that wonderful stratosphere.

Tree Ash Catcher: tree ash catchers are simply tree percolators. With these designs one should be wary when shopping if each tree percolator is not individually attached, as cheaper models normally protrude without anchor and break easily when jostled or dropped.

Honeycomb Ash Catcher: in most examples this style honeycomb utilizes a recycler. The honeycomb percolator features a honeycomb shaped pattern that diffuses your smoke before it reaches your lungs. I do want to note here that if your water pipe already features multiple diffusers and percolators you could be taking away from your smoking experience after a certain point, though there’s always that sweet spot of smoothness, effect, and kick and such is often a subjective experience.

Yes! Ash Catchers, when made by reputable brands and bought at reputable smoke shops, actually work! Ash Catchers may seem tedious or extra because they dangle so far from the side of your water pipe, but now that the functions has been explained it’s pretty obvious to see why ash catchers are beloved by so many.

Let’s get down to brass tax, the reason you want and need an ash catcher is so you can spend less time cleaning your water pipe and more time smoking out of it, something I think all of us water pipe owners have felt at least once before.

A common question we run into a lot is concerning the function of the actual ash catcher itself. The percolators are of primary focus when smooth hits are concerned because without a percolator you’re simply dealing with a non-diffusing ash catcher. The amount of percolators within a diffusing ash catcher can filter the water in your pipe much more, but as I previously mentioned, make sure you’re not over percolating the smoke because you could be taking away from your smoking experience.

The answer to this question is yes, ash catchers DO make your tokes smoother as long as they’re of the diffusing variety. Either way, though, you’re still going to stop the resin and ash from getting deep into the upper percolators or even simply dirtying your water.

What Sizes of Ash Catcher Can I Choose From?

Usually, ash catchers’ joint sizes are 14mm & 18mm, but it’s always good to double check with your retailer just so you know exactly what you’re getting. As well, there’s always the tried and true finger test method wherein you place your middle finger into the joint of your water pipe for an 18mm and then if your ring finger fits that’s a 14mm. As well, it’s important to pay attention to the angle of your ash catcher here too because you’re going to need to line up your ash catcher and your water pipe to find out what the best fit is.

What is the Best Ashcatcher? 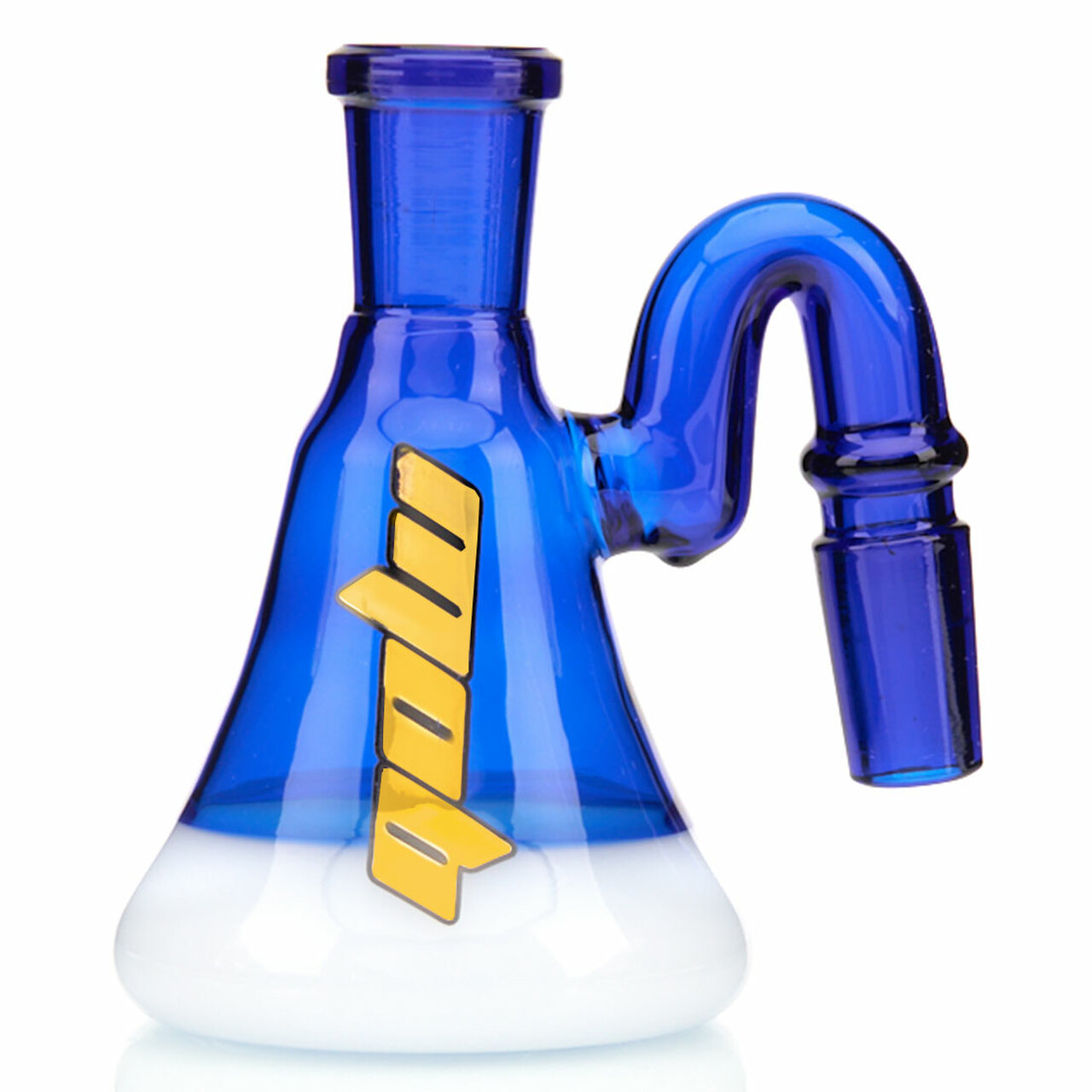 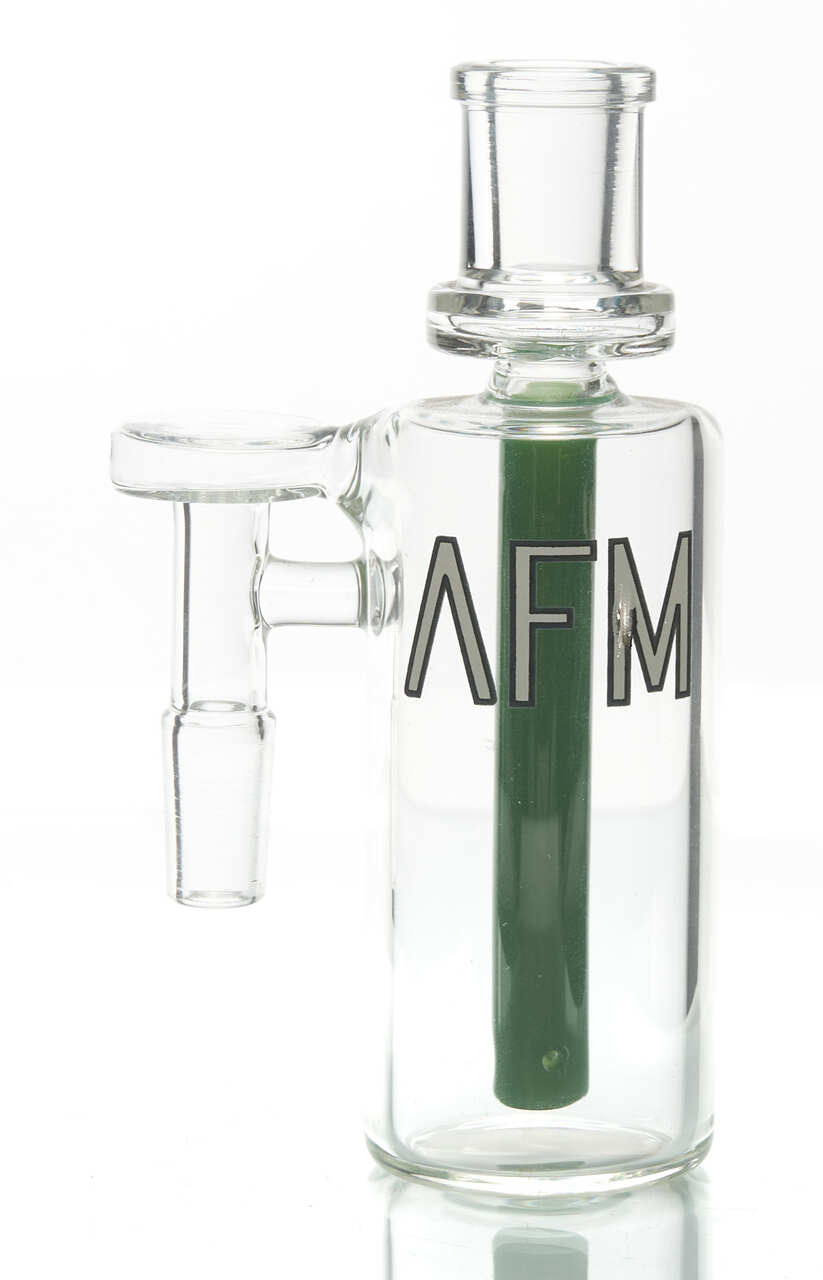 All avid bud enthusiasts know the headache that comes when fallen ash makes its way into the chamber of our favorite water pipes! Cleaning out chunks of ash is always a chore, and if it's left alone then our water pipes won't function properly. We can all thank the alien masterminds at AFM for bestowing the AFM Ash Catcher into our collection to keep our water pipes ash free during a sesh! The AFM Ash Catcher is hand crafted in California, USA and flaunts symmetrical tubing with ground joints for this ash catcher to snugly fit inside the joint of your water pipe. What makes the AFM Ash Catcher so special is its double-diffy downstem that works to diffuse and filter your smoke before it enters your water pipe. Say hello to ultra-smooth, refreshing hits! The AFM Ash Catcher is bound to make your smoking experience (and cleaning process) super easy and comfortable, and it's no doubt that any bud enthusiast will need a solid ash catcher to set the course for the best smoke seshes. 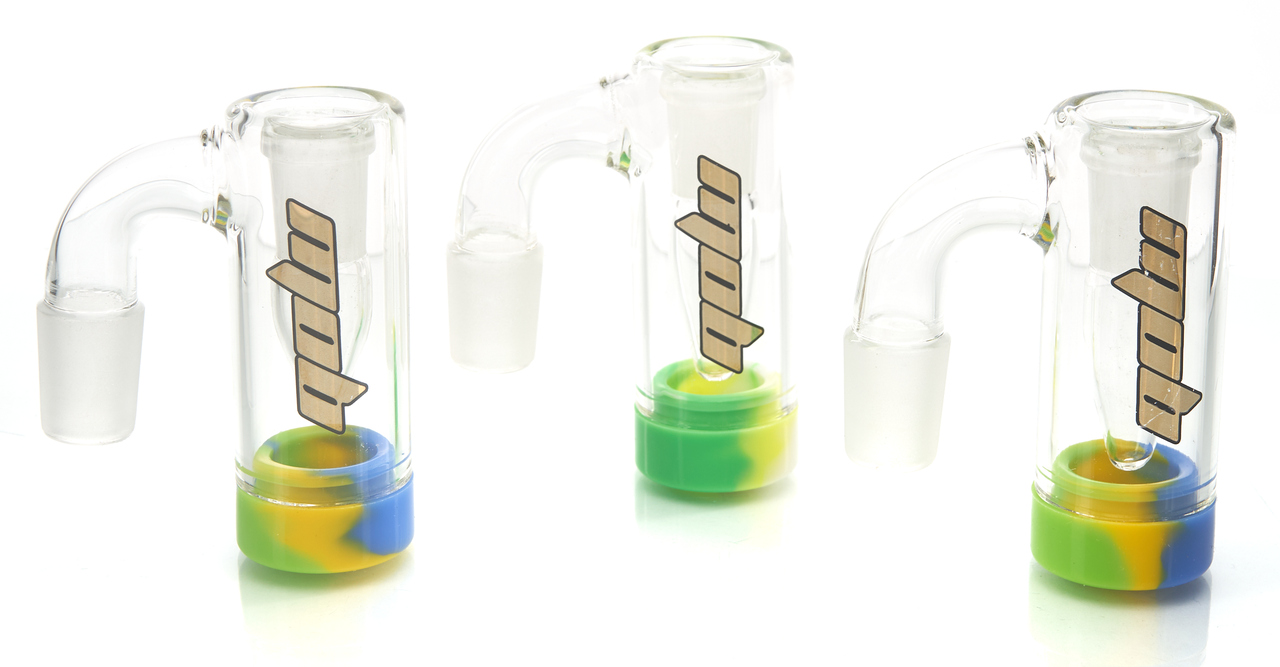 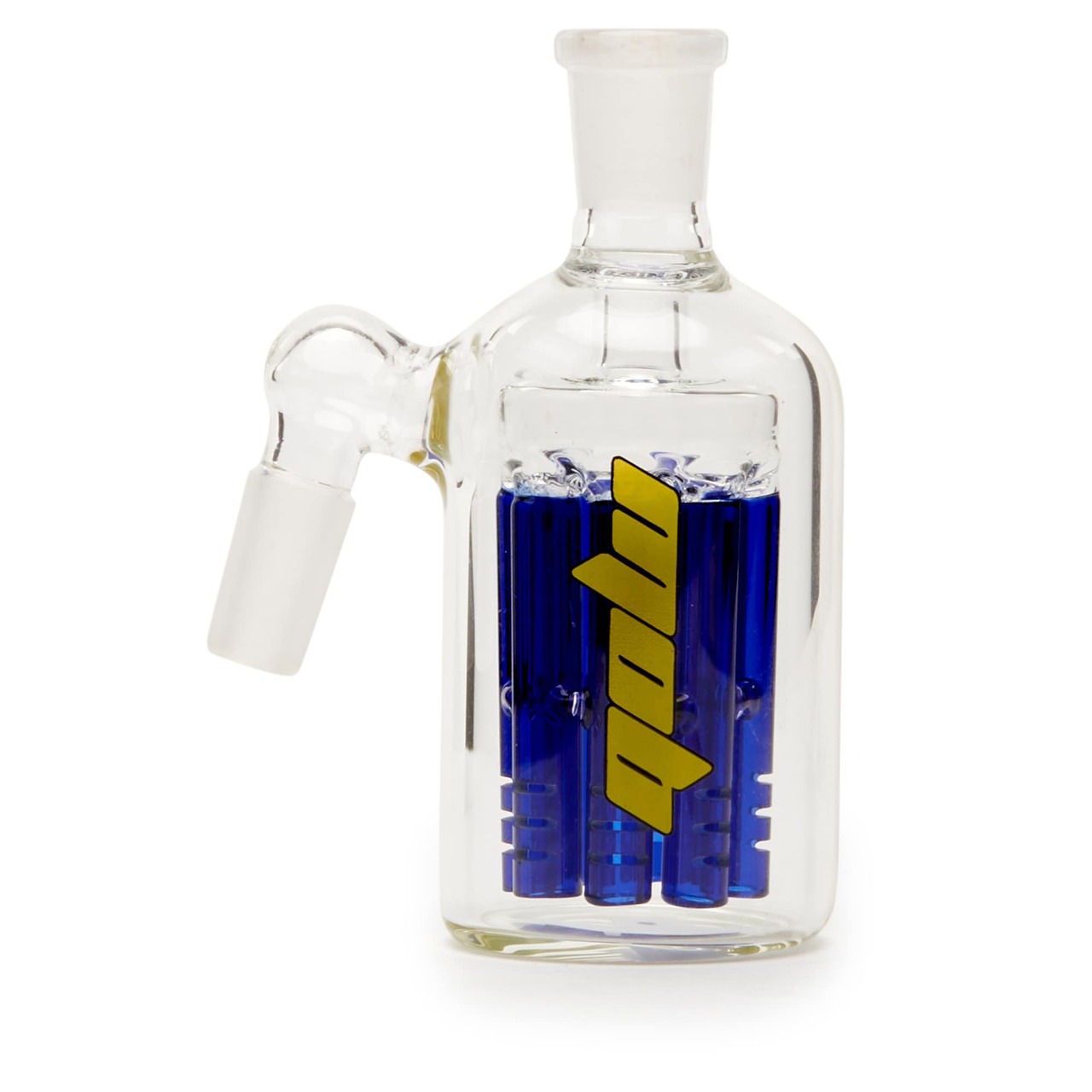 From trusted scientific glassware authority, MOB Glass comes an eye-catching new ashcatcher. The 8 Tree Ashcatcher is a 4.5-inch male/female jointed ashcatcher housing an 8-armed tree percolator for intense diffusion with limited splashback. By affixing this ashcatcher to your water piece, you ensure your pipe stays cleaner longer, with a smoother feel and crisper taste to every hit. Not only that, but a feature that isn’t present in any other tree percolators and what often leads to the demise of your attachment is that of each tree percolator bonded to the other, which insures a little extra safety and durability for your attachment. 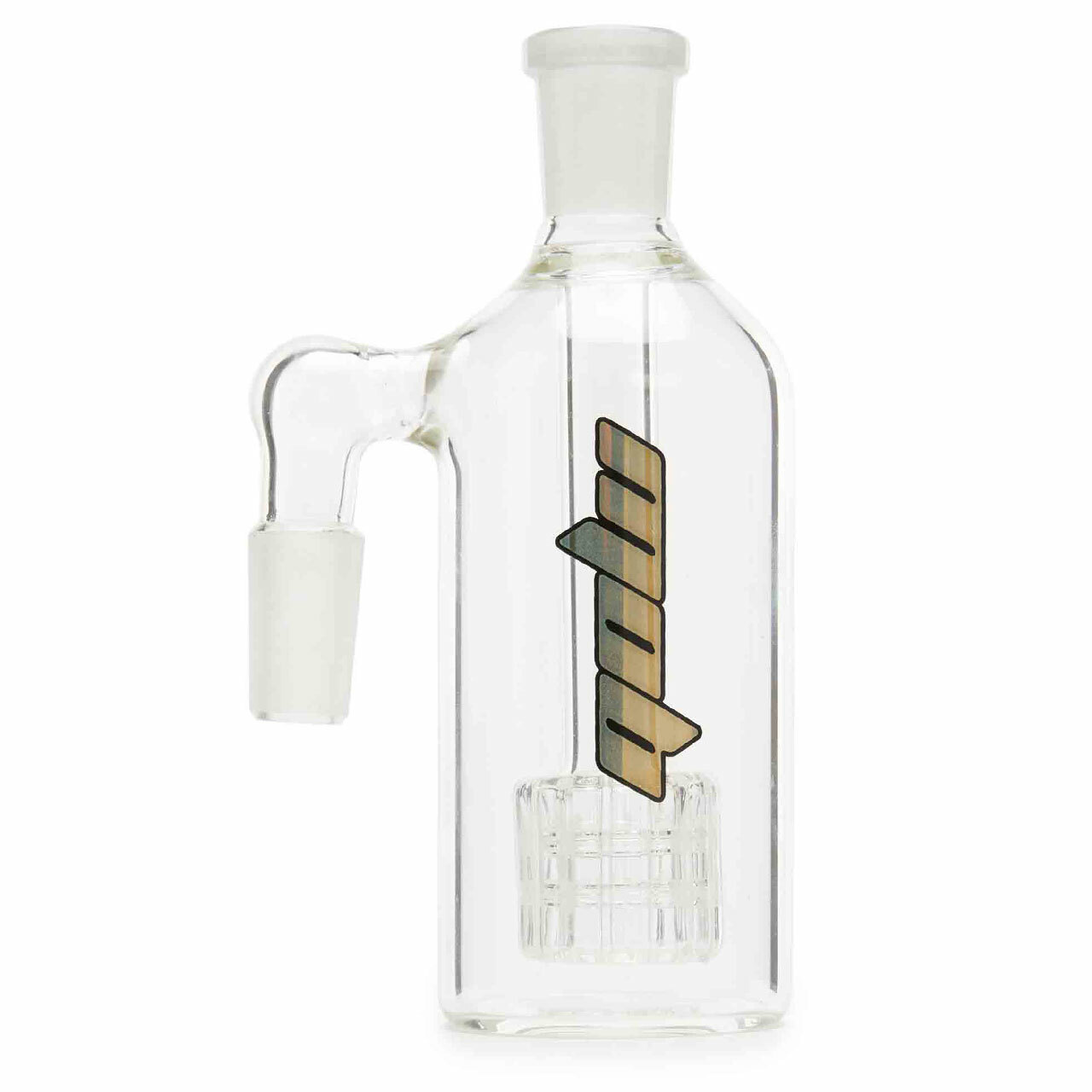 MOB Glass is a high end glass water pipe manufacturing company who are most widely known for the quality of glass water pipe and accessories they provide as well as the amazing function and use you can get out of their products. This product is an ashcatcher, which is used to add an extra layer of filtration for your smoke before it reaches your pipe. By adding this extra layer of filtration, your pipe is kept cleaner and your hits will feel and taste noticeably smoother. 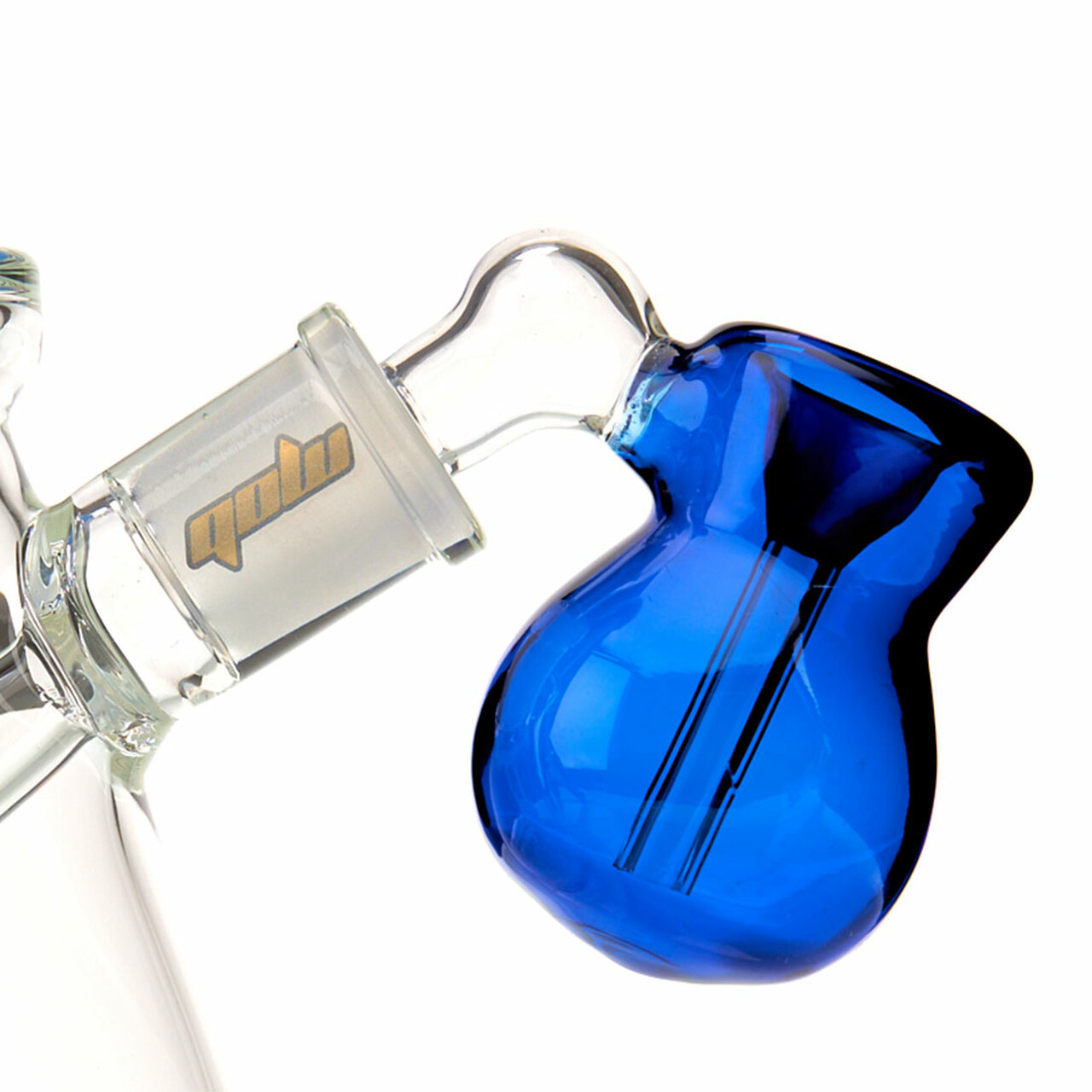 For all tokers out there who struggle with the bulky nature of water pipe attachments, the struggle is over! MOB’s 14mm Slide Ash Catcher eliminates the need for two pieces by combining the slide and ash catcher into one piece. Talk about efficiency, right? The Slide Ash Catcher is male jointed and comes in an hourglass shape. Inside the slide, you’ll find a stem which allows this piece to have water capabilities, giving all power to filtration and percolation! The MOB 14mm Slide Ash Catcher comes in 3 striking colors and features a MOB branded logo on its stem. This piece is a deal you cannot miss out on! 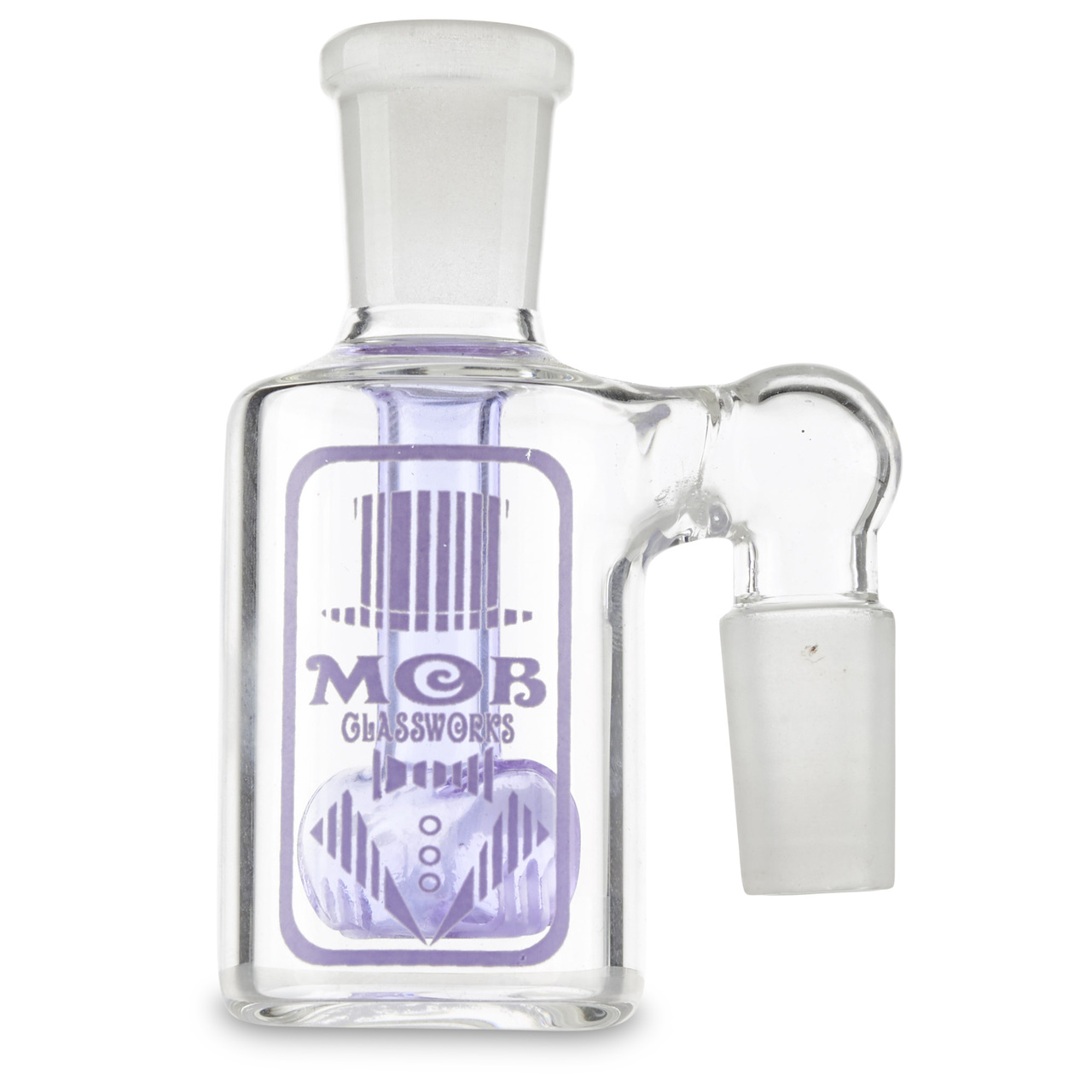