What is a Vaporizer

Dry herb vaporizers come in all shapes and sizes. Some are portable and easily concealed into your pocket, while others are meant for a bedroom or coffee table. The function of a vaporizer is—obviously— to vaporize, but what does that actually mean?

Why Vaporize Your Dry Herb or Concentrate

Over the past decade, cannabis has become not just more socially acceptable, but legal in more states in the United States. Consumers of both dry herb and concentrate have began to ask the question: what’s the healthiest way for me to consume my cannabis? The old fashioned ways of using a water pipe, a hand pipe, or just plain ol’ rolling something up can be harsh on your throat, and if you have a high tolerance you could be burnin’ a lot of herb!

The remedy to this ailment? Vaping your preferred cannabis!

How Do Vaporizers Work

Essentially, when you vaporize either concentrate or dry herb you’re actually baking it. The bowl or bucket in the case of vaporizers heats in a matter of seconds or minutes, which allows the varying levels of cannabinoids to be released during this process of delicately raising temperatures.

When you smoke or dab, a sudden temperature heat is immediately applied to your cannabis, which is good in terms of feeling intoxicated, but a lot of helpful cannabinoids can in fact be burned off in the case of this extreme heat.

Not only cannabinoids, but this is where the popular term of terpenes comes into play too. The process of vaping allows for different terpenes to be activated at different temperatures, this includes CBD as well. Such a balance within your smoking process is know as “the entourage effect”, which simply means that all of the components of the cannabis plant are working together to establish a mental balance during the high. This is why medical patients often choose vaporization, not to mention the ease on your throat and lungs from vapor compared to heat.

The effects from each are unmistakable, as the vaporizer guides the consumer into the experience slowly like a smooth medicine, while smoking a bowl or a joint can sometimes “ring your bell”. This term simply means that the high is very strong and sometimes a bit brash and in your face.

Combustion vs Vaporization: When you smoke or combust cannabis over 100 chemicals that aren’t released during vaporization are released. Even some of these are being considered as possibly carcinogenic. The main difference here, as I previously mentioned, is the level of harshness on your throat. Burning a joint can reach astounding temperatures of up to 2000 degrees Fahrenheit, while the sweet spot for vaporizing dry herb usually sits around 418 degrees.

What Are Vaporizers Made From? 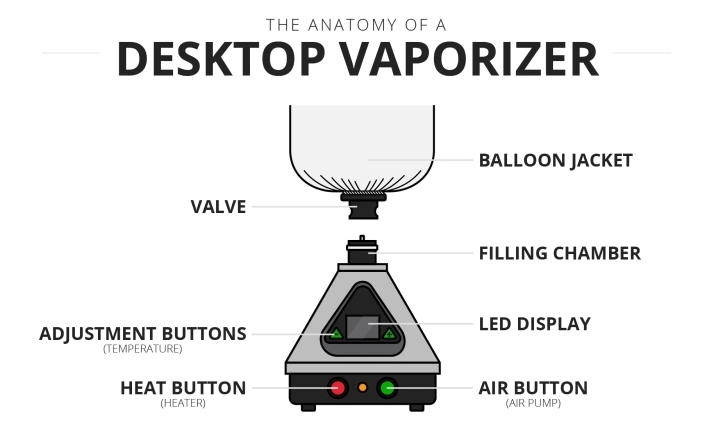 Vaporizers are usually constructed with a stainless steel or aluminum frame that wraps the piece entirely. The bowl or bucket is usually crafted from ceramic, which allows the bucket to heat and evenly cook the concentrate or dry herb flower inside. Some buckets are made from high tech materials like zirconium ceramics, which provide and even cleaner, more even vaporization of your cannabis.

Often there is an uptake valve made from glass or ceramic or in the case of the Volcano Vaporizer, a bag is filled and then inhaled. In other situations, like in the case of the Pax III, the bucket is actually crafted from a metal like aluminum. This is one of the downsides of using a Pax III compared to other vaporizers because using an aluminum heating element isn’t as healthy first and foremost. Secondly, when an aluminum mechanism is utilized in favor of a ceramic or ceramic zirconium bucket your cannabis doesn’t vaporize as evenly and the flavor is often muddled.

Both dry herb and concentrate vaporizers require internal batteries. The majority of these are lithium batteries, but some vaporizers like the Volcano Vaporizer need to be plugged into the wall to operate, which simply makes them better stationary, at-home vaporizers. These are often referred to s desktop vaporizers. Other vaporizers like the classic DIY lightbulb vaporizer is heated from an outside element, usually a lighter or a torch, but this is often wildly inconvenient and we at Cloud 9 recommend buying a vaporizer as opposed to building your own due to the frequency and danger of an open flame and glowing hot lightbulb. 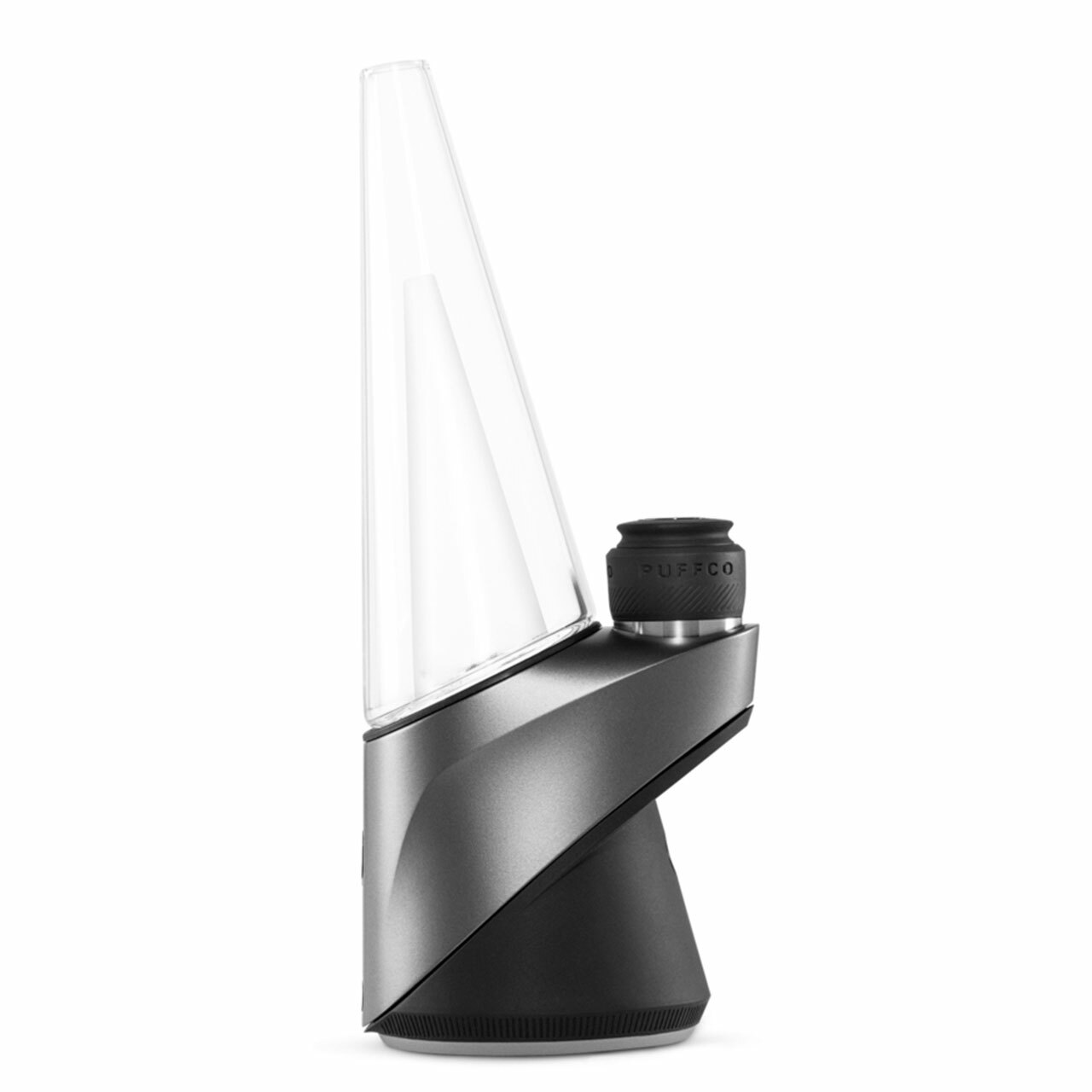 The Puff Co. Peak Pro (for Concentrates) (In-Store Only)

The Puff Co. Peak Pro is one of the newest and hottest new concentrate vaporizers on the market. It features perks that many other vaporizers do not have, such as the wireless charger. Puff Co. really upped their game with the Peak Pro, as it possesses bluetooth capability, real time temperature control, and app enabled control. The latter feature allows the user to control temperature, color, and duration of your smoke sesh.

Now, this is a large vaporizer, not necessarily easy to take in public and impossible to put in your pocket, but it’s not the Volcano so you’re not going to be worrying about trying to find a wall to plug it into and a coffee table to sit it on.

The Puff Co. Peak Pro works incredibly for novice vaporizer users as well as old pros. For newcomers, the ease of use is the main point here, as well as the affordability of this product when compared to other vaporizers. In turn, the aforementioned learning curve is completely mitigated. Now for the connoisseur, this is the perfect vaporizer because you can control every function of this piece, which is absolutely crucial when consuming and dosing concentrates. 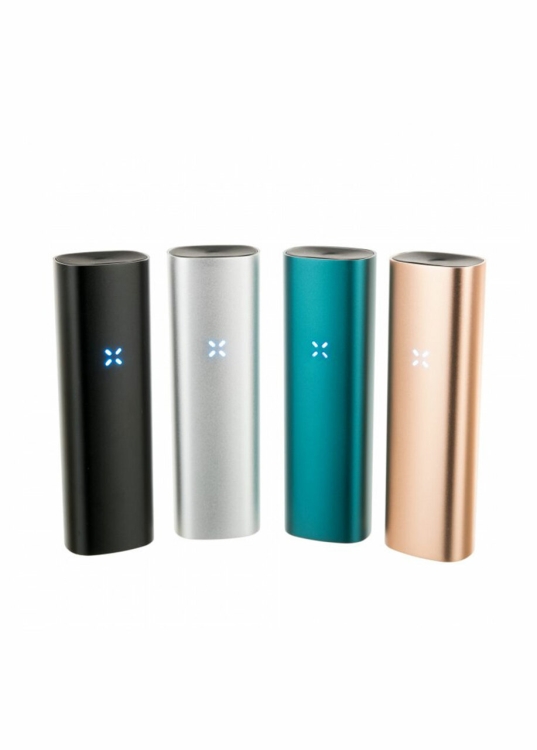 Personally, the Pax and I have always maintained a love/hate relationship. Partially because it never held up to the reputation my friends built around this it and secondly because of the aluminum oven. Something about the idea of metal heating up over and over again instead of ceramic doesn’t sit right with me. Overall, though, the Pax III is a solid vaporizer. It features many of the modernized perks of other vaporizers such as app-enable temperature control, various color ways, and bluetooth capabilities. Their website boasts a long battery life, but I haven’t used it extensively enough to know myself. 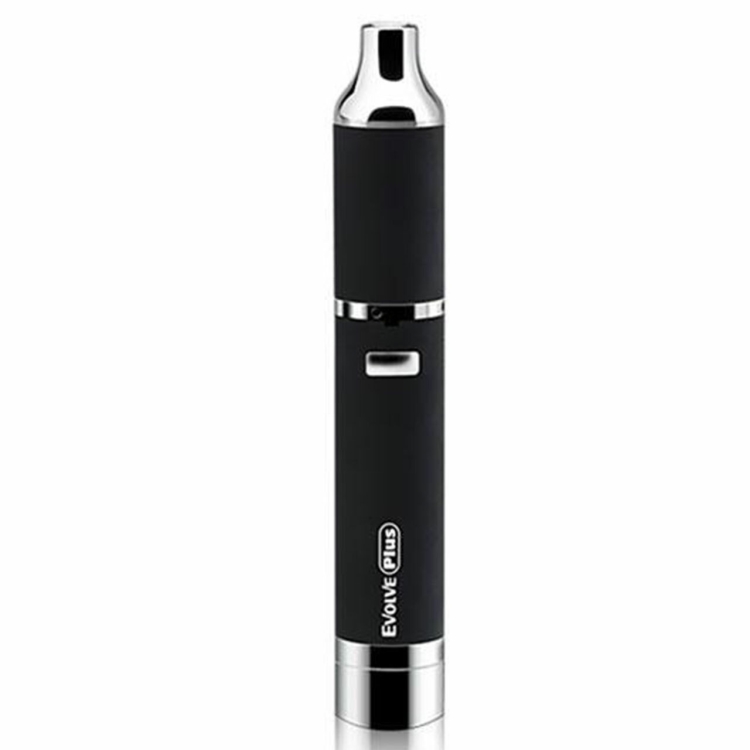 Of all portable wax pens and vaporizers go, this is our favorite. Instead of worrying about carts and their legitimacy, you can just throw a glob of concentrate into the Quartz Dual Coils Technology chamber and get going. This is another great discreet vaporizer, especially considering you can only use concentrates. The only smell from vaporizing concentrate is during the brief moment you exhale. Again, this vaporizer has a handful of color ways to choose from, making it a stylish flex piece too. Compact enough to put in your pocket, dabbing just got a whole lot easier. 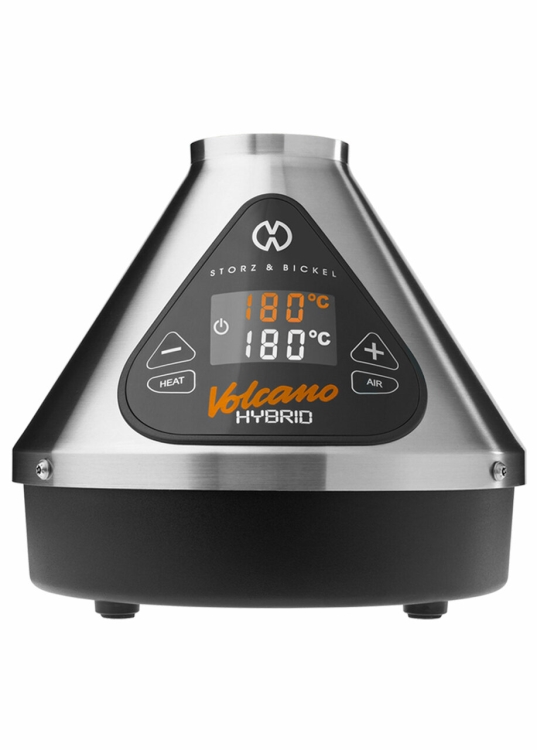 The Volcano Vaporizer Hybrid from Storz & Bickel has been a staple in the vaporizer game for two decades now and it has a great reputation for being top tier…which also means you’re going to pay top tier prices. This vaporizer runs from $600-700, but I can say from personal experience that this is the most effective way to consume cannabis as far as vaporizing is concerned. On average you get far more bang for your buck and if you’re a heavy smoker like I am the repeated combusted flower isn’t great for your lungs, but the vapor is much more forgiving when it comes to lung health. Overall, this is one of the best vaporizers we offer here at Cloud 9, as well as one of our favorites. 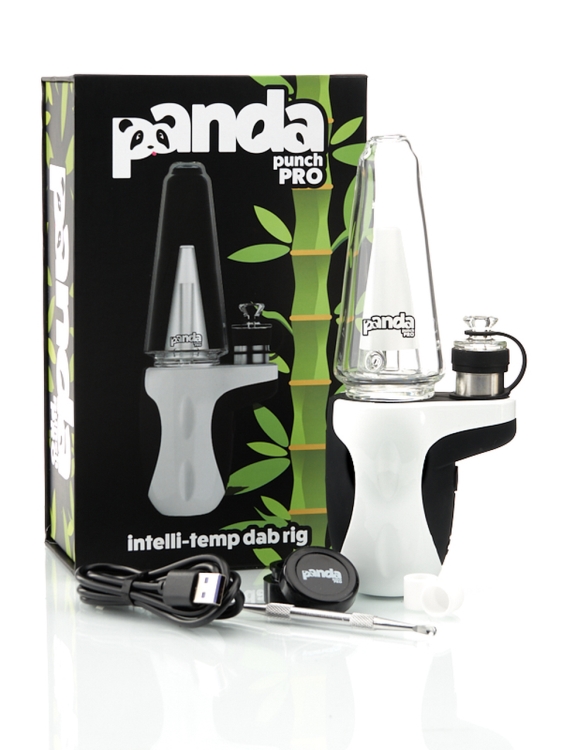 The Panda Punch Pro is a great concentrate vaporizer and a reasonable alternative to the Puff Co. Peak Pro. Equally high in quality and performance, Panda simply offers a more affordable alternative for on-the-go concentrate dabbing! We love the heat up time most about this vaporizer, which features a quick 20 second heat time. This is also complimented by temperature control and LED lights which make this vaporizer functionally magnificent AND stylish and sleek. If you can't quite stretch for the Puff Co. Peak Pro, this is a great alternative that features pretty much the exact same functions and device specs.

Should You Buy A Vaporizer?

Using a vaporizer isn’t for everyone, but there are definitely consumers of cannabis that could benefit from implementing this tool into their smoking—well, vaping— routine. As I mentioned above, vaporizing your cannabis has much more medicinal than recreational value. So if you’re using marijuana for its health benefits this may be something you should seriously consider because the release of cannabinoids and terpenes are much easier to control with a vaporizing product, regardless of if you prefer concentrates or dry herb. This is because temperature is much lower and more precise. For example, Linalool, a terpene known for its calming effects is released at 359 degrees Fahrenheit, while the burning tip of a joint is over 2000 degrees Fahrenheit.

Vaporizers aren’t just for medicinal patients! Vaporizing your dry herb or concentrated cannabis is great for heavy smokers too because if you’re rolling ten joints a day you’re also inhaling all of that paper and tar. With a vaporizer, there is far less tar and residue left behind because you’re not actually burning the dry herb. For myself, a relatively heavy smoker, it’s much easier on my lungs to carry a pocket vaporizer than to roll a handful of blunts and joints every day. Not to mention I’m able to control the high much more instead of getting too high and not being able to function in the capacity that I would prefer.