If you walk into a smoke shop, you may hear some terms that are ordinary terminology for those who work there, or that are well aware of the glass industry. To your average smoker, some jargon might leave him scratching his head. This blog post was written to aid you on your next visit to the smoke shop.

Adapter- An adapter is a simple attachment used to convert one glass-on-glass joint size to another. In addition, adapters help guard the piece from excessive heat from the banger.

Ash Catcher- An ash catcher is essentially an additional water pipe chamber that attaches to the glass-on-glass joint of your own water pipe. This adds additional filtration and volume to the tube.

Atomizer- The atomizer is the heating component of a vaporizer that does the actually vaporizing of the e-liquid.

Banger- A banger (or nail) is a type of quartz nail in the shape of skillet attached to a glass on glass joint, used for smoking concentrates.

Bubbler- A bubbler is a hand-held water pipe, similar in shape to a dry hand pipe, but with the addition of a compact downstem and water chamber.

Bowl / Slide- The bowl (and/or) slide is the small, removable component of the water pipe in which dry herbs are packed. The slide has a glass-on-glass joint that mates with the one on the water pipe. When the slide is pulled, this removal acts as the carburetor and clears the pipe.

Borosilicate Glass- Borosilicate is a type of hard glass, originally developed for use in laboratories and in telescope optics. Borosilicate is much more durable and less susceptible to temperature shock than traditional soft glass. However, it must be worked at a much higher temperature, which increases the price. All high-quality pipes are made from borosilicate glass.

Beaker- A beaker is a water pipe with a traditional beaker-shaped bottom (like an upwards cone). These pipes hold much more water than a straight tube, and naturally, have considerably more chug to their pulls.

Bat- A bat is another term for a one-hitter or chillum, though, traditionally, bats refer to metal one-hitters.

Carb Cap- The carb cap is placed on top of a nail once it has reached its optimal temperature. Essentially, the carb cap acts as the lid on a pot to help “cook” the concentrate placed inside. By lowering the amount of airflow, vaporization is greatly increased.

Carb- The carb (carburetor) is a small hole located on the side of a hand pipe or bubbler to control airflow. By closing and opening the hole, one can fill the hollow chamber with smoke and then clear it and inhale.

Chillum- A chillum is a short, straight glass pipe with no carburetor: merely a bowl and mouthpiece. Also referred to as a one-hitter.

Collab- A collab (collaboration) is a pipe that was made by two or more artists.

Cone- A cone is a pre-rolled paper, shaped like a cone, that one simply fills with his own ground product, lights, and smokes.

Dabber- A dabber is a small metal or glass tool, similar to a dental tool, that one uses to scoop up and apply his concentrates to his banger.

Diffuser- The diffuser is the part of the water pipe that breaks smoke down into bubbles. They can be as simple as a single hole, and as complicated as one can imagine.

Downstem- A downstem is a long, narrow, removable tube which connects the slide and the waterpipe, directing the smoke down and into the water.

Domeless Nail- A domeless nail is a type of nail with a hole in the center which pulls vapor directly downward and into the rig. As the name suggests, a dome is not required with this type of nail.

Dry Pipe- A dry pipe is pipe which does not use any type of water filtration. They come in all shapes and sizes, but thes spoon, sherlock, and chillum are the most popular.

Dugout- A dugout is a small box that has a chamber for ground herbs as well as a slot for a one hitter. This kit is very useful for those that like to smoke on the go.

Drop Down- A drop down is a type of adapter that also lowers the position of the joint. This is very useful it situations where the joint positions the banger too close to your face.

E-Nail- An e-nail is an electronic nail that uses a power supply and coil to heat up a banger electronically. Temperature can be dialed in to the user’s preference and this eliminates the need for a torch.

Fuming- In fuming, the glass artist traps gold and silver vapors underneath clear glass to create intricate translucent patterns. Silver fuming creates blue and purple tints, gold creates pink and orange, and combinations of the two can produce any other color in the spectrum.

Glass Blunt- A glass blunt is similar to a one-hitter, except that it holds much more product in a narrow tube. This tube can be recessed into the body of the glass blunt in order to advance the burn and ash.

Hand Pipe- A hand pipe is a small, handheld pipe that doesn’t use any water filtration. This is the most commonly used apparatus for smoking dry herbs.

Heady Glass- Heady Glass refers to custom, artisan-made, high-end glass pipes. These pipes are generally one of a kind or a very limited series, and are crafted using advanced techniques, often exclusive to individual artists.

Hammer- A hammer is a type of dry pipe or bubbler that resembles a hammer in shape, with a fat can on one end and a long, narrow mouthpiece protruding perpendicular to this can.

Ice Pinches- Ice pinches are inward protrusions in the neck of a full-size water pipe that act as a retainer so that the neck of the tube can be filled with ice in order to cool the smoke as it travels through the pipe.

Inline Diffuser- An inline diffuser is a type of diffuser in a water pipe that extends horizontally and features numerous slits along the top or bottom to diffuse smoke into bubbles.

Implosion- An implosion is a glass-blowing technique in which colored glass or fume is driven up and into clear glass.

Keck Clip- A keck clip is a special plastic clip designed to hold two glass-on-glass joints together. These are ideal for keeping the downstem of a water pipe from sliding out when you pull the slide.

Mille (Millefiori, Murrina)- A murrina, commonly referred to as a millie, is a Venetian glassblowing technique in which a 2D image is formed into an extrusion, stretched, and then sliced into pieces. These creates numerous small coins or chips with an identical image.

Nectar Collector- A nectar collector is a simple type of concentrate rig, usually dry but sometimes water percolated, that consists of body tube and a concentrate tip - quartz or titanium - that is heated up and applied directly to concentrates for instant vaporization.

Percolator- A percolator is a filtration device in which smoke is brought up and then down into a secondary water chamber for enhanced filtration and additional water cooling.

Pollen Catch- A pollen catch is the bottom compartment in a multi-piece grinder which collects the fine pollen material from dry herbs by sieving it through a tight screen.

Pollen Press- A pollen press is a machine used to compact loose pollen into a solid material.

Recycler- A recycler is a type of water pipe which pulls water from one chamber to the next, recycling back through the pipe as smoke exits, providing an uninterrupted circle of filtration and chug.

Rig- A rig is a pipe designed for use with concentrates, also referred to as a "dab rig". Rigs are characterized by their much smaller size, scientific function, and minimal diffusion.

Splash Guard- A splash guard is a device implemented above the top chamber of a water pipe in order to prevent any water from hitting the user’s lips.

Straight Tube- A water pipe that is strictly straight in shape and typically made from one diameter of tubing.

Stemless- The term stemless refers to water pipes with no removable downstem, but rather a built-in diffuser of some type.

Sherlock- A sherlock is a type of shape of dry pipe, crafted to resemble a classic Calabash tobacco pipe.

Steamroller- A steamroller is a type of shape of dry pipe, consisting of a straight tube with a hole at the end (or a completely open end) with a push bowl placed right before that.

Sandblasting- Sandblasting is a decorative technique in which an industrial sandblaster is used to etch away the surface of the glass, creating a matte frosted look.

Tube- A tube commonly refers to any full-size straight water pipe, but can be applied to all full-size water pipes.

Vaporizer- A vaporizer is an electronic alternative to smoking, in which electronic power is used to heat dry herbs or concentrates but not to the point of combustion.

Worked- The term worked is commonly used to describe colored decorative sections of a water pipe, which have been “worked” from straight lines into a design by the glass artist.

Wig Wag- Wig wags (or reversals) are a very common decorative glass blowing technique that involves laying down straight lines of color, heating them in small sections, and then warping each of these sections into opposite directions, creating a pattern that wigs and wags.

Waterpipe - a water pipe is a smoking device that consists of a bowl mounted on a vessel of water which is provided with a long tube and arranged so that smoke is drawn through the water where it is cooled and up the tube to the mouth. Also known as (b**g) the B word, but we can't use that in smoke shops. So keep that in mind the next time you visit your favorite smoke shop!

If you find yourself in the Atlanta area, be sure to swing by one of our many locations! You won't be disappointed, our shops are very clean, staffed with knowledgeable employees and loaded with inventory, from exclusive waterpipes, hand pipes, hookah, shisha and vape products to a variety of CBD and kratom. Each store is designed with a different graffiti theme that makes every location unique! We're actively looking for qualified franchisees, if that interest you fill out the contact us form, describe your interest and someone from the franchise team will reach out in a timely manner. 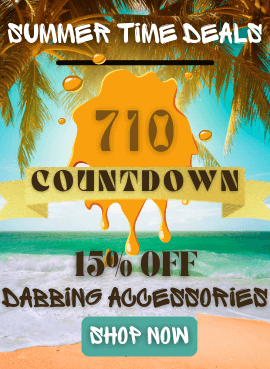